Professional shopper – make up to $22 an hour

Reading Tutor ($15-$50/hr depending on experience) 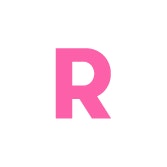 The city has a population of around 380,000 and is just a short drive to Sequoia National Park. Finding a job in Bakersfield would be the perfect fit for someone looking for some peace and quiet in the Golden State. Average salary for the city is around $45,000 and a cost of living only slightly higher than the national average. Found in one of the most oil productive counties in America, you’ll be able to find a lot of oil industry jobs in Bakersfield. While the oil jobs bust and boom with the market, there’s been a lot of growth in retail and hospitality jobs in Bakersfield in recent years.

Industries with jobs in Bakersfield

Taking a look at jobs in Los Angeles county, these sectors make up the largest employers in the area:

The heavy hitters in the local economy are without a doubt oil and agriculture. There are many high salaried jobs in Bakersfield in the oil industry. You’ll find a lot of jobs in agriculture that aren’t just manual labor, as well.

And while there aren’t as many oil jobs as before, the manufacturing and distribution companies are helping to offset these losses.

There’s quite a few company headquarters in the city. The top employers in the city are a great place to start looking for jobs in Bakersfield.

There’s a lot of large and small sized agricultural companies in the city that will also be concerned with distribution and logistics. The city also has a couple of well funded and well run hospitals that create a significant number of jobs in Bakersfield. And with a number of malls and shopping developments opening, retail services are becoming a reliable industry in the city.

The city is very affordable by California standards and isn’t that much more expensive that the national average. You can find a studio or one-bedroom apartment in the city for around $700 per month and a housing market that has fully recovered. While housing is below the national average here, you’ll spend more on utilities, groceries and transportation. You’ll definitely need your own car to get around the city, though, as public transportation is limited. And with Los Angeles just a two hour ride away, you’ll want the freedom of movement to explore the West Coast!

If you're looking for other cities with a large oil industry, you should have a look at Houston and Baton Rouge. Or if you’re looking to stay out west, you can also find jobs in Tucson or Colorado Springs. Otherwise, if you can handle the snow and cold, Chicago could be a nice balance between big city and weekend escapes.