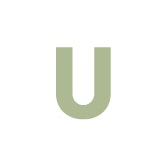 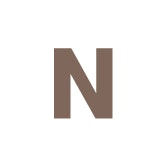 Contract Linguist (all languages) with NVTC with Security Clearance

Located just 25 miles northwest of Little Rock, the capital city of Arkansas, is the city of Conway. The population of nearly 67,000 people make it the 7th largest city in the state. According to the Conway Development Corporation, the majority of the city’s residents work in the city itself and don’t commute to surrounding cities and towns. With plenty of international brands and local shops, there’s sure to be a few jobs in Conway for your consideration.

Industries with jobs in Conway

You’ll find a lot more variety than you would initially think when looking at jobs in Conway. There’s everything from the typical industries to more niche endeavors:

The city is home to a popular theater and the city’s own symphony orchestra. The University of Central Arkansas provides hundreds of education jobs, in addition to the local elementary and high schools. The city has also started to gain the reputation as a startup hub and there are a growing number of tech jobs in Conway.

Looking at the national and international corporations that have offices with jobs in Conway, as well as the largest employers in the city, there are many options:

While these companies are the big contenders, there is a growing startup scene in Sacramento. The jobs in Sacramento are becoming more and more diverse and the wages for conservation scientists, civil engineers, and registered nurses are all much higher than the national average for those positions.

There’s a lot more happening in Conway than first meets the eye. With an annual Shakespeare festival that takes place in the summer, along with their famous Toad Suck Haze festival that draws festival goers from all over the region, there is a lot to keep you entertained. Also, the city has a very affordable cost of living that falls 22% lower than the national average. Every single metric for cost of living falls well below regional numbers. A one-bedroom apartment in the downtown area won’t cost more than $600 a month and the real estate market is appreciating, putting the average price of a home at around $148,000 according to Zillow.com. Add in an average salary of $40,000 in the city and you’ve found yourself a very affordable and liveable city to setup shop in!

If looking at the possible jobs in Conway has got you thinking about moving to the south, there’s other locations to consider! What about the music and food available in Memphis just a few hours to the east? There’s also bustling Baton Rouge to the south and Huntsville down in Alabama. If you’re looking for those long hot summers in Texas, why not take a look at jobs in San Antonio or Dallas and Houston?