Joblift examines the growing legal cannabis economy of the U.S.

San Diego, California. July 24th, 2018 — As the old saying goes, “Money doesn’t grow on trees.” However, it may grow on marijuana plants. Medical cannabis is now legal in 30 U.S. states and, according to a recent study published by BDS Analytics, it is projected to be legal in 35 states by 2021. The analysis also predicts that by 2021, the sector will employ 414,400 people and generate $40 billion annually in profits. To gain better insight into this rapidly growing economy, job platform Joblift analyzed all 3,367 online postings for medical marijuana jobs from the last 12 months and found that overall growth in the sector is outstripping the national average. However, cannabis job growth in California — the state with the largest economy in the country and the first to legalize medical marijuana — is steadily declining.

With Twice as Many Job Postings in 2018, New York Could Rival California for Title of Top Cannabis Economy

The burgeoning medical marijuana economy will potentially create jobs for a wide variety of professionals, ranging from security officers to graphic designers, accountants and more. However, Joblift has determined that approximately 15% of the 3,367 postings from the last year were targeted towards highly-skilled medical professionals, i.e., physicians, nurses, pharmacists and so forth. Approximately 6% of all postings were targeted towards marketing and sales professionals. Delivery drivers also stand to benefit from the medical marijuana sector, as postings for the profession accounted for 2% of all postings from the last 12 months. While at present it seems that the industry favors highly-skilled workers, there are indicators that it will create opportunities across the board.

“The medical marijuana sector is one that everyone should keep an eye on,” says Matt Kopjak, Managing Director of the US Market at Joblift. “The medical sector in general is incredibly lucrative; medical marijuana should be no different. It has the potential to create employment opportunities for a wide variety of professionals and, based on our numbers, could prove to be a boon to the American labor market.” 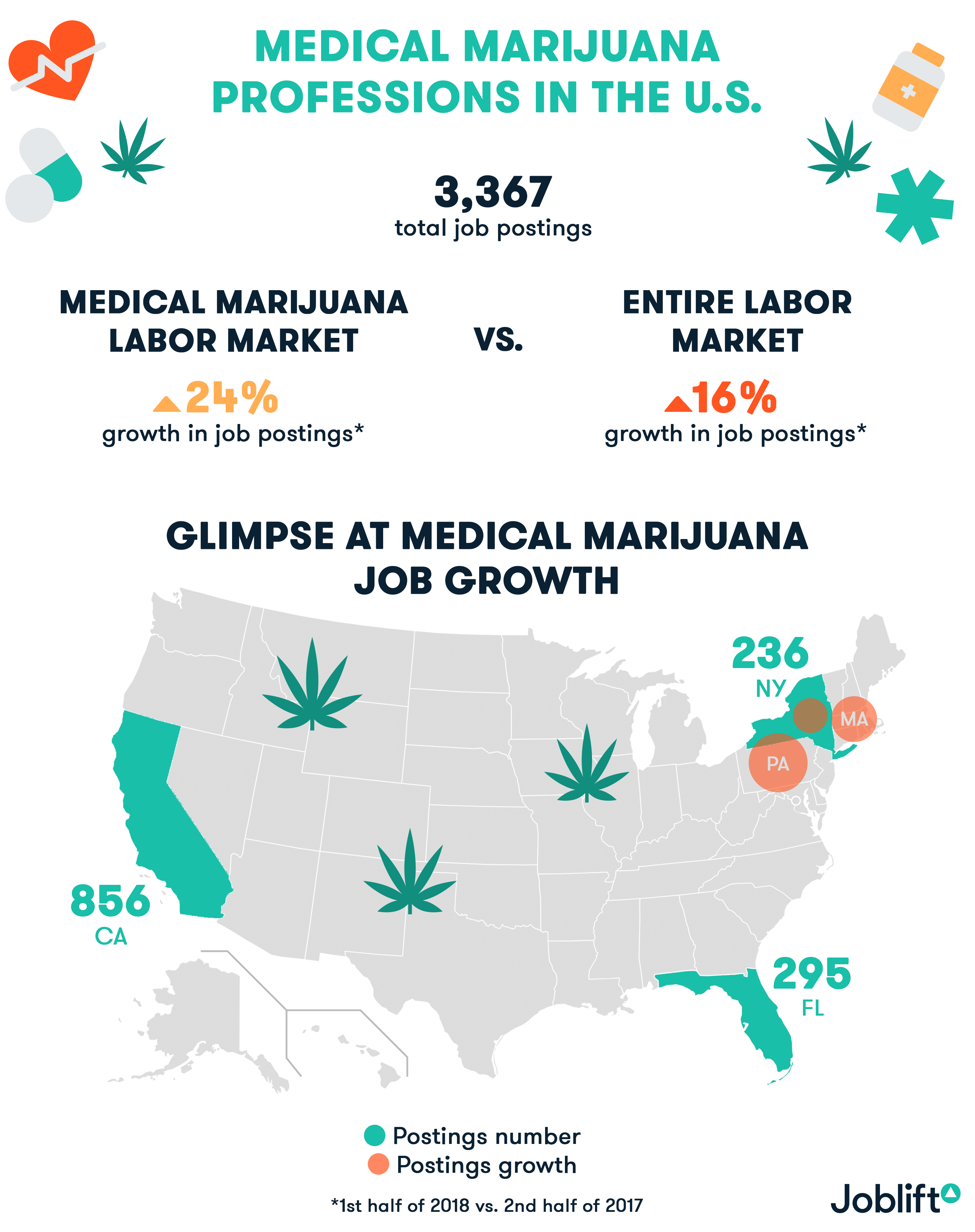