San Diego, California. August 16th, 2018 — Few technologies are as relevant to the world right now as renewable energy. Not only is it considered instrumental in the fight against climate change, the renewable energy industry is also steadily adding jobs to the U.S. economy. Job platform Joblift recently analyzed online postings for jobs in five different renewable energy sectors from the last 12 months and found that the wind power sector is leading the nation in terms of renewable energy job growth and strengthening sections of the Midwest like Lansing, Michigan, where there are 435 jobs for every 100,000 residents.

During the last year, there were 49,000 online postings for wind power jobs, 26,634 for solar power, 3,238 for biomass, 2,436 for hydroelectricity and 1,732 for geothermal. Postings for wind power jobs grew by a monthly average of 0.7%, biomass by 1%, hydroelectricity by 0.4% and geothermal by 9.3%. Postings for solar power jobs decreased by an average of 5%. Comparatively, the total number of job postings in the U.S. declined by 2% on average each month. Decline in solar power job postings could be attributed to the fact that it is already an established renewable energy source in the U.S. The sharp increase in geothermal listings corresponds to a report from REN21 that cites the U.S. as leading the world in geothermal energy capacity, as it accounts for approximately 3.5 of 13,520 megawatts in total throughout the globe.

Wind Turbine Tech: The Green Job to Get With Average Monthly Growth of 43% and Median Income of $53,800

Lansing, Michigan Proves Itself as Wind Power Hub with 485 Jobs for Every 100,000 Residents

“It’s great to see so many jobs being added to rust belt states like Ohio and Michigan that were once manufacturing hubs. I think that the renewable energy industry has the potential to add economic vitality not only to those states, but to the country as a whole,” says Matt Kopjak, managing director of the U.S. market at Joblift. 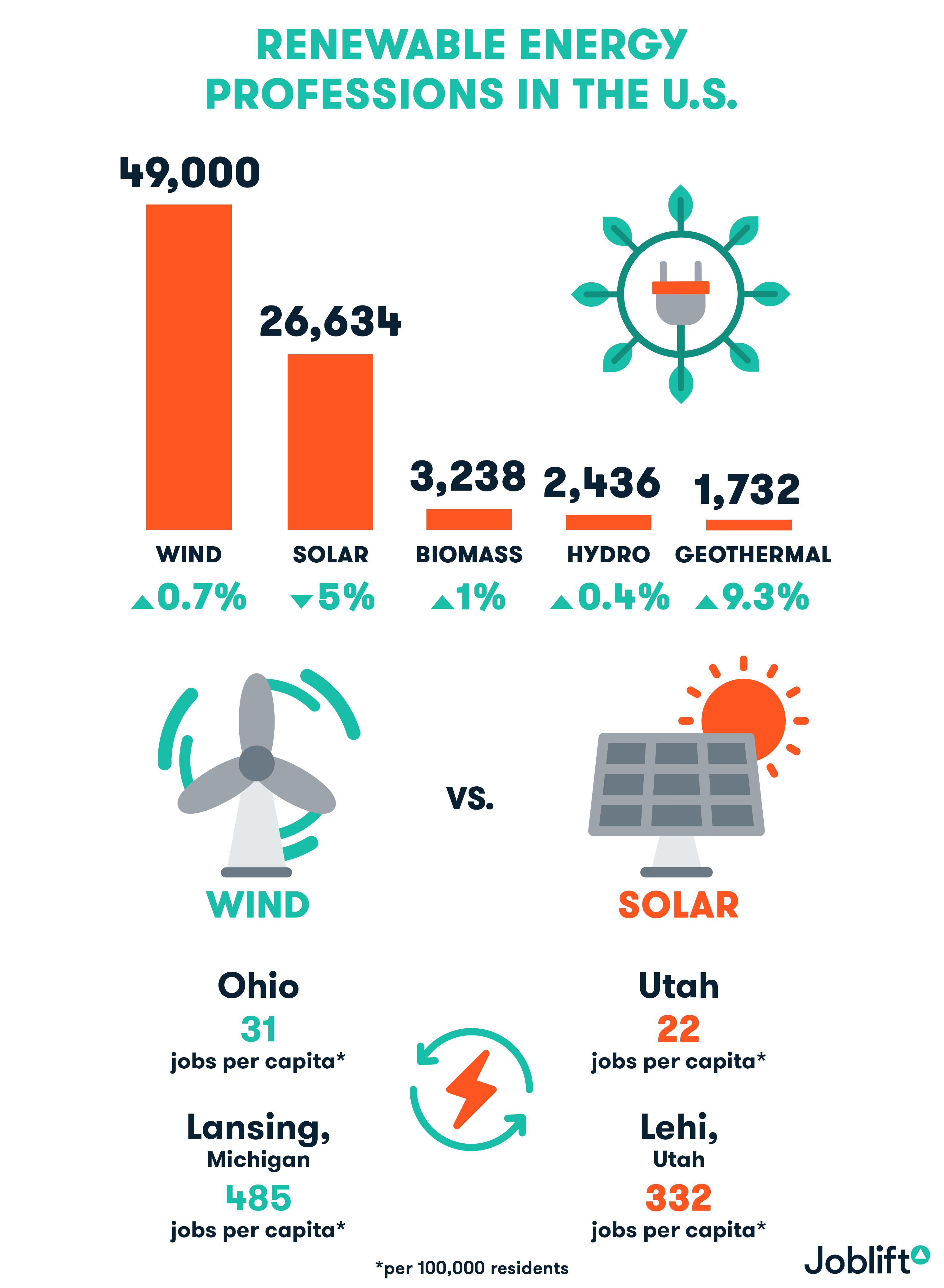 press@joblift.com
By continuing to browse this site you permit Joblift and its partners to place identification cookies on your browser and identify you for marketing.Opt-Out & Privacy Policy